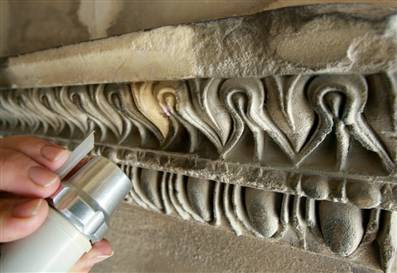 ATHENS - In the past two and a half thousand years, the temples of the Acropolis have suffered fire, bombing and earthquake. Now, scientists are trying to save them from a new modern enemy: pollution.

Standing on a hilltop at the center of Athens, a city of 4 million people, the Acropolis' elaborately sculptured stones have fallen prey to a film of black crust from car exhaust fumes, industrial pollution, acid rain and fires.

A team of Greek engineers and restorers are using an innovative laser technology system to clean the surface of the ancient monuments, uncovering colors and ornamentation hidden for decades.