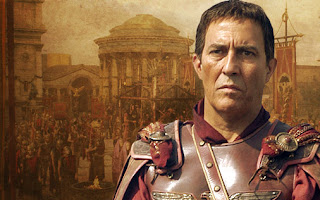 *  From Republic to Empire: By the second century B.C., a few aristocrats dominated the Roman state. Meanwhile, many small farmers could no longer compete and became landless poor. Some leaders called for land reform to address the problem.*  After Civil War, The First Triumvirate placed power in the hands of three wealthy generals. One of these generals, Julius Caesar, marched on Rome with his troops, and eventually he was declared dictator. Caesar's rule ended in his assassination.
Agenda:
1.  Do 2 quick video presentations at the very beginning of the period (10-15 min)
2.  Remainder of the period - Chapter 5, Part II "Rome from Republic to Empire."