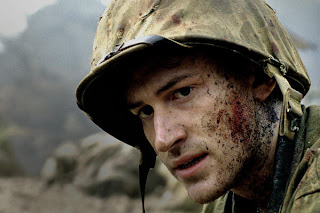 Quote of the Day:  Bombings of Japan ....
In a Newsweek interview, Eisenhower again recalled the meeting with Stimson:
"...the Japanese were ready to surrender and it wasn't necessary to hit them with that awful thing." - Ike on Ike, Newsweek, 11/11/63

Learning Targets:
* How did the war in the Pacific differ from the European theatre of War?
* What strategy did the United States employ to win against the Japanese?
* Should the United States have dropped the atomic bomb on Japan to end WWII?

Agenda:
1.  Notes on the War in Japan.
2.  We will view a 20 minute documentary by HBO on the Making of the "The Pacific" 10 part mini series.  This will setup how the war in the Pacific was fought, where and how the battles were fought and the valor and courage of the men who fought the battles.

3.  We will do a philosphical chairs discussion on this questions:  "If you were Harry S. Truman, would you have made the decision to drop the Atomic Bomb on Japan to end World War II?" 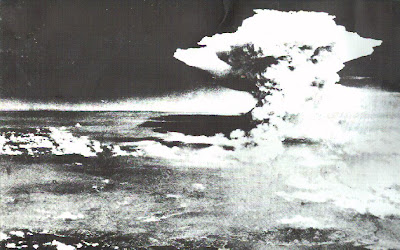