Quote of the Day:  "Leadership can be thought of as a capacity to define oneself to others that clarifies and expands a vision of the future."  - Edwin H. Friedman 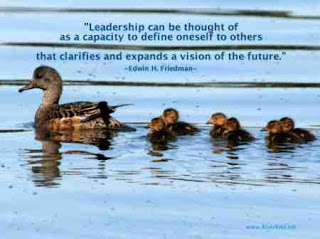 Learning Targets:
Agenda:
1.  Students will finish their proposals for the World Leader project and turn those in to Mr. Duez.  The proposal will have this filled out:
1)  Who is the leader?
2)  Why are they important to you?
3)  What accomplishments do they have and how have they led people?
4)  What do you propose to do for the product portion of the project - video, power point, poster, skit, song?
Mr. Duez will hand out Campbell's 6 Characteristics of a Leader
Students will read this when finished with their proposal. We'll discuss the text briefly and they will need to bring it next week during block day for a Socratic Seminar.
2. Notes - Chapter 4 - Homer & Greek Culture.
at 9/23/2010 01:15:00 PM