Quote of the Day:  "Be fearful of mediocrity." - Jonathan Elroy 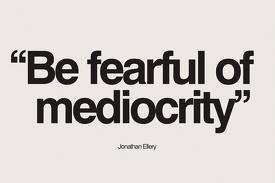 
·         Mesopotamia—the region between the Tigris and rivers—was the birthplace of several of the earliest known civilizations. Rainfall was sparse and unpredictable, but occasional floods had deposited layers of fertile silt. Irrigation and drainage techniques made regular farming possible; food supplies prompted social and economic changes that led to the emergence of civilization.
·         As early as 3000 B.C., Sumerians engaged in wide-spread trade and built walled cities that had economic and political control over the surrounding countryside. Like other Mesopotamians, Sumerians believed gods and goddesses controlled the universe and owned the cities, which were administered by priests and priestesses. Eventually power passed to kings. The Sumerians also created the cuneiform of writing and invented tools and devices such as the wagon wheel.
·         The Akkadians eventually overran the Sumerian city-states and created the first empire in world history. A return to city-states and other rulers followed. One of these rulers, Hammurabi, is remembered for his strict code of law.
·         Egyptian civilization shared many features with early Mesopotamian civilization. It grew out of the farming economy along a major river, the . Historians describe three major periods in early Egyptian civilization: the Old Kingdom, the Middle Kingdom, and the .
·         Religion was important for the Egyptians, who lived in a structured society dominated by priests and nobles. Egyptians believed that their kings, often called pharaohs, ruled by divine right. They created an extensive government bureaucracy and built the pyramids as tombs for mummified pharaohs.
·         Art, science, and a form of writing called hieroglyphics also flourished in .