Quote of the Day:  "People who work together will win, whether it be against complex football defenses, or the problems of modern society."  Vince Lombardi (1913-1970), NFL coach. 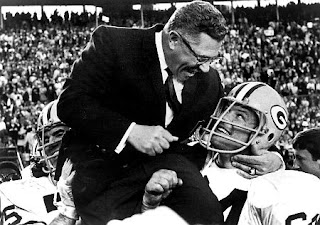 Learning Targets:
*Work cooperatively in groups to present Early Civilization Posters to the class
*Compare and contrast two early Civs; look at similarities and differences; use the 6 characteristics of a Civilization and P-E-R-S-I-A to help you.
*Understand the significance of geography on early civs (Mesopotamia & Egypt)

We will use some handouts from the chapter and the many older textbooks that Mr. Duez has in class to do the research. All posters must have:
A) Name of the Civilization very big at the top of the poster
B) A Map of the Civilization
C) Highlight some notes from the 6 Characteristics of a Civilization - 1. Religion 2. Social Structure 3. Writing System 4. Government 5. Art 6. Cities
D) Highlight notes from P-E-R-S-I-A: Political, Economic, Religious, Social, Intellectual, Artistic qualities of the civilization.
E) All posters much have at least 3 symbols drawn on it to showcase the civilization

Here are some examples from the past: 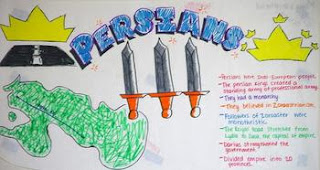 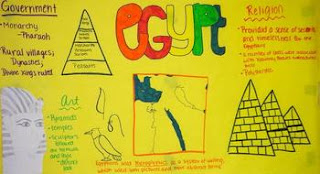