Quote of the Day:  "Strategy without tactics is the slowest route to victory. Tactics without strategy is the noise before defeat." - Sun Tzu 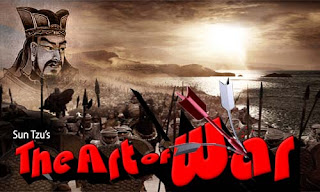 Learning Targets:
China
• During the mid-fifteenth century, Chinese ships larger than those of Columbus briefly explored as far as East Africa. Zheng He was the leader of those voyages.  The arrival of a Portuguese fleet during the early sixteenth century led to an exchange of ideas and introduced Christian missionaries to China.
• The declining Ming dynasty was replaced by invading Manchus, who formed the Qing dynasty. The Qing lasted until 1911 and produced perhaps China's greatest emperor, Kangxi, who ruled for 61 years. Europeans returned during the eighteenth century, seeking to trade, but by the late eighteenth century, the Qing were restricting trade, and even European contact, with the Chinese.
Japan
• Japanese unification began in the sixteenth century. Trade and manufacturing expanded in China and Japan, although both countries kept Europeans at arms length.

China
• Mounting external pressures only weakened China's ability to address its internal problems. Japan, Russia, and other nations laid claim to Chinese territories. When rebellions in China threatened Western interests, Western nations responded with military force. They also challenged Chinese sovereignty by establishing spheres of influence inside the country. To stabilize relations among the Western nations, the United States declared an Open Door Policy. This gave all Western nations equal trading privileges in China.
• After the Boxer Rebellion, Empress Dowager Ci Xi embraced some reforms. However, the emerging new elite was impatient with the slow pace of change.
Japan
• Under military pressure, Japan agreed to establish diplomatic ties with the United States. Similar treaties followed with other Western nations. Samurai warriors responded by forcing the shogun from power. The Meiji Restoration ended the shogunate and restored the emperor as a figurehead. The Meiji Restoration brought reform and industrialization as well as Japanese imperialism.
Agenda:
1.  Finish Japan Notes from Ch. 8.
2.  Begin China 16-22 notes.
3.  Engineering an Empire: China, Chapter 5, Zheng He.
4.  Finish notes
5.  Quiz on Chapters 3, 8, 16, 22.

TEST ON FRIDAY.
Questions to consider:

Why did the Chinese build the Great Wall of China?  Explain its purpose, relevance and relationship to the Chinese people.


Why does President Fillmore want to establish a relationship with Japan?


Explain the process of Dynasty changes in China through the Mandate of Heaven principle.  How did it function and what controlled the process?