Quote of the Day:  "Obstacles are those frightful things you see when you take your eyes off your goal." - Henry Ford 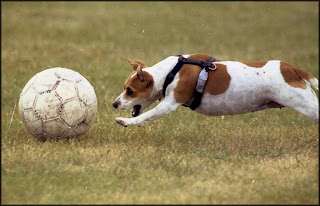 *  The French king, Louis XIV, is regarded as the best example of a seventeenth century absolutist ruler. Louis used all means at his disposal to keep power firmly in his own hands.
•  Writing and drama reached new heights in England and Spain. Two writers from this period, England's Shakespeare and Spain's Lope de Vega, are considered among the greatest writers ever.
•  Political thought also evolved during this period. Thomas Hobbes argued in favor of absolutism. Hobbes's fellow Englishman, John Locke, countered that governments were formed by a contract to protect people's natural rights. Locke's ideas became important to both Americans and French in the eighteenth century.
•  We will do a philosophical chairs debate in class (Wed/Thu) – Who was right Hobbes or Locke?

Wed/Thu - we will head to the counselor and then come back to finish the chapter.  We'll review and discuss Hobbes/Locke's political thought.
TEST IS FRIDAY
Video Project proposal is due on Monday
at 2/22/2011 07:13:00 AM