Quote of the Day:  “Thousands of candles can be lit from a single candle, and the life of the candle will not be shortened. Happiness never decreases by being shared.” - Budha 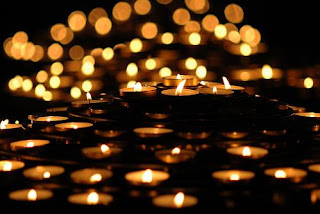 • Competition over trade and colonies led to the formation of two rival European alliances—the Triple Entente of Great Britain, France, and Russia; and the Triple Alliance, consisting of Germany, Austria-Hungary, and Italy.
• Repeated crises over Serbian claims on the Austro-Hungarian region of Bosnia revealed the dangers inherent in these alliances. Austria-Hungary, as well as numerous other European governments, confronted challenges from minorities that wished to establish their own national states.
• Strikes and violent actions by Socialist labor movements also threatened European governments. Many states responded with increasing militarism.
• The assassination of the heir to the throne of Austria-Hungary Francis Ferdinand by a Bosnian Serb militant set off a chain of diplomatic & military decisions that led all the great powers of Europe to WW I.
Agenda:
1.  Notes for WWI - Chapter 23 - Part I.
2.  Video Project Presentations.