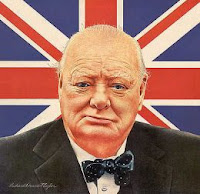 CH. 26:  The German and Japanese occupations of neighboring countries led to a brutal war that took millions of lives. Both countries were defeated, but not before the Nazis had killed millions of people in pursuit of Aryan domination of Europe.

• Japanese expansion into Manchuria and northern China brought condemnation from the League of Nations. While still at war with China, Japan launched a surprise attack on U.S. and European colonies in Southeast Asia.
• German forces swept through northern Europe early in the war and set up the Vichy government in France.
• German air attacks on Great Britain resulted in fierce British retaliation.
• In the east, harsh weather and a resolute Soviet Union defeated an invading German army.
• The Japanese conquered the Pacific but miscalculated when they attacked the U.S. naval base at Pearl Harbor.
• By the end of 1943, the tide had turned against Germany, Italy, and Japan. After the D-Day invasion of Normandy, the Allies liberated Paris and defeated Germany.


Agenda:
1. Collect the "I AM Poems" - assignment was to use the Target Sheet for Chapters 24 and 26 and write an poem with one of the vocab words (person, place, or thing). Students will present these on Wed/Thu and Friday to review for the test.  Test is on Monday.
2.  Notes & Discussion - World War II - The War in Europe.  Hitler takes France and the Battle of Britain begins.  Hitler makes two monumental mistakes.  We'll discuss Pearl Harbor and the entry of the US into the war.
3.  We will watch Mr. Duez's Pearl Harbor Video.
Agenda:
1.  Mr. Duez's Pearl Harbor Video.

My Trip to Pearl from Mr. Duez on Vimeo.