Quote of the Day:  "There are only two things that concern them: Bread and Circuses."  - Roman Poet Juvenal
["Bread and Circuses" is a metaphor for handouts and petty amusements that politicians use to gain popular support, instead of gaining it through sound public policy. The phrase is invoked not only to criticize politicians, but also to criticize their populations for giving up their civic duty.] 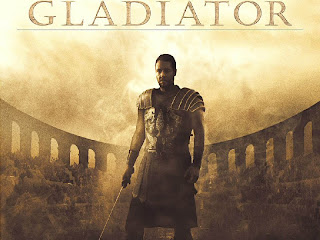 
·          By the second century B.C., a few aristocrats dominated the Roman state. Meanwhile, many small farmers could no longer compete and became landless poor. Some leaders called for land reform to address the problem. However, the aristocrats resisted such pressures, and the republic faced a period of civil war.
·          The First Triumvirate placed power in the hands of three wealthy generals. One of these generals, Julius Caesar, marched on with his troops, and eventually he was declared dictator. Caesar's rule ended in his assassination.