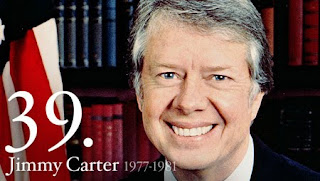 • Humanism was a key intellectual movement of the Renaissance, focusing on the study of the ancient Greek and Roman classics. While early humanists emphasized solitary learning, fifteenth century humanists stressed intellectualism in the service of the state. Petrarch was called the father of Italian Renaissance humanism.
• Humanism encouraged the use of classical Latin. However, European writers such as Dante and Chaucer wrote in their own vernacular. Humanist schools taught a broad range of liberal studies.
• Renaissance artists sought to imitate nature, but also to make human beings the focus of their works. Painting, sculpture, and architecture were among the revolutionary achievements.
• Some Renaissance artists, including Michelangelo and Leonardo da Vinci, produced masterpieces in all three disciplines. Artistic developments in Italy were a major influence on art in northern Europe.

Agenda:
1.  30 minute Timed Writing:  "How Did Rosa Parks, MLK, and the Civil Rights Movement Change Your Life?"
Mr. Duez will be looking for
a strong thesis & introduction: 30 points
Multiple paragraphs of supporting evidence (including prior knowledge about the Civil Rights Movement): 20 points per paragraph
a strong conclusion where the thesis is proven and driven home: 30 points
2.  We will finish the Renaissance.  Mr. Duez will show pictures from his former student's trip to Italy.  Also we'll see a video on Da Vinci and what it means to be a "Renaissance Man."

EXTRA CREDIT due in the morning (or through email).  Preview of what the Houston Chronicle/Associated Press expects the President will discuss.
Human Rights Project due Friday.
at 1/25/2011 02:36:00 PM