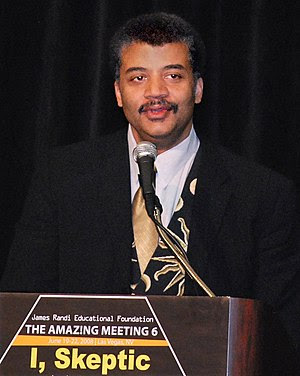 Image via Wikipedia
Quote of the Day:  "The word smart is not applied to all professions, even if you are smart in that profession. No one talks about smart lawyers. They may say a brilliant lawyer. They'll talk about a creative artist. Smart is saved for scientists. It just is. It's not even really applied to medical doctors. It applies to scientists in the lab figuring out what hadn't been figured out before." - Neil DeGrasse Tyson

Learning Targets:
Learning Targets Chapter 17 & 18:
•  The Scientific Revolution gave rise to the Enlightenment, an eighteenth-century movement that stressed the role of philosophy and reason in improving society.  Rationalism and secularism developed was a foundation for a modern worldview based on science and reasoning that spawned the scientific method.
•  Enlightenment intellectuals, known as philosophes, were chiefly social reformers from the nobility and the middle class. They often met in the salons of the upper classes to discuss the ideas of such giants as Montesquieu, Voltaire, and Diderot.
•  The later Enlightenment produced social thinkers such as Jean-Jacques Rousseau and an early advocate of women's rights, Mary Wollstonecraft. Salon gatherings, along with the growth of book and magazine publishing, helped spread Enlightenment ideas among a broad audience.

VIDEO PROJECT IS DUE ON APRIL 1.