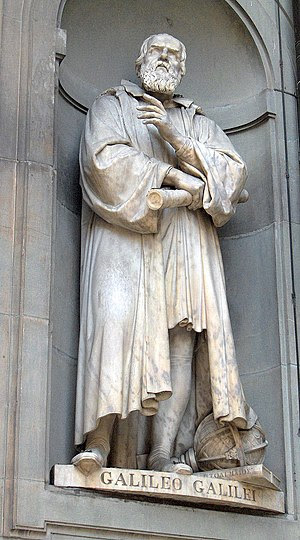 Image via WikipediaQuote of the Day: "In questions of science, the authority of a thousand is not worth the humble reasoning of a single individual." - Galileo Galilei

•  The Scientific Revolution gave rise to the Enlightenment, an eighteenth-century movement that stressed the role of philosophy and reason in improving society.  Rationalism and secularism developed was a foundation for a modern worldview based on science and reasoning that spawned the scientific method.
•  Enlightenment intellectuals, known as philosophes, were chiefly social reformers from the nobility and the middle class. They often met in the salons of the upper classes to discuss the ideas of such giants as Montesquieu, Voltaire, and Diderot.
•  The later Enlightenment produced social thinkers such as Jean-Jacques Rousseau and an early advocate of women's rights, Mary Wollstonecraft. Salon gatherings, along with the growth of book and magazine publishing, helped spread Enlightenment ideas among a broad audience.

Agenda:
1.  Video over Chapter 17: "The Scientific Revolution" - investigates the nature of the scientific revolution and the impact of inventions like the microscope and the telescope.
2.  Notes on Chapter 17
3.  Review vocab from Chapter 17 - Cold Calling.

VIDEO PROJECT is due on Friday, APRIL 1st.